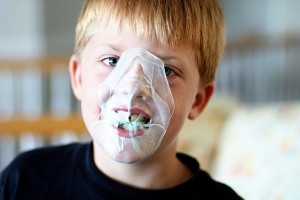 Executives loved Francis Fukuyama’s 1995 book, Trust. It posited that broad social trust is necessary to form big corporations, complex economic systems, and innovative start-ups. People must quickly learn to trust strangers. However, that trust is thin. It’s over-lawyered with contracts and typified by the phrase “trust but verify.”

A modern financial bubble is also a trust bubble. The big one that popped in 2008 was also a big trust bubble composed of a lot of little trust bubbles. Ordinary borrowers not paying their mortgages took the air out of the debt instruments traded on Wall Street. When trust in traded values went poof, banks’ distrust of daily counterparty trades with other banks nearly collapsed the whole system. Only emergency patchwork now keeps this global-sized trust bubble aloft. Financial critics allege that misrepresentations still fill this bubble with so much hot air that final collapse is inevitable.

Some business articles and books now dare speak to the inability of the global economy to resume expanding, a central tenet of Compression. In that genre, Richard Heinberg’s The End of Growth is well known. Paul Gilding’s The Great Disruption and deGraaf and Bakker’s What’s the Economy for Anyway are typical. They liken the 20th century economic expansion to the mother of all bubbles, or our ultimate Ponzi scheme.

However, the darkest insights in this genre are in Dmitry Orlov’s The Five Stages of Collapse. Orlov’s great sense of gallows humor cushions his pessimism. He regards most initiatives to make the economy environmentally sustainable as another bubble of unreal optimism. We long since passed the carrying capacity of earth, so why kid ourselves? Instead he reviews how societies actually collapse and societies that are surviving on the most marginal of physical resources. We can learn from them.

Orlov hails from the former Soviet Union. He lived through its collapse. That and his observations of many other cultures immunizes him from financial bubble mania, regarded by free market economists as part of a system that Orlov concludes will soon collapse just as Soviet-style communism collapsed. It will not be pretty.

Orlov makes few recommendations. The only light he sees is at the end of a long tunnel of decreasing human trust. His stages of collapse are gradations in the loss of trust. In descending order they are: 1) Financial collapse; 2) commercial collapse; 3) political collapse; 4) social collapse; and 5) cultural collapse, the final stage where no one trusts anyone but themselves, making long-term survival doubtful.

There are too many insights in Orlov’s description of each stage of collapse to capture in a brief review. Readers will be intrigued by case studies that illustrate each stage:

Orlov opines that in industrial societies, especially the United States, only after trust sinks to level 3 or 4 will a critical mass realize that hot air only blows more useless bubbles. From that chaos, maybe those remaining will rebuild enough political and social trust to piece together, from the ground up, a new system stable in a reduced consumption world.

Orlov’s primary advice to the United States was clear in a 2006 presentation: prepare for collapse. The Soviet Union was better prepared for collapse than the United States today. Its infrastructure was insulated from financial and political collapse; things kept running. Also the Soviets had perfected dodges, workarounds, black markets, and other stratagems to live with rickety official systems. Prepare for collapse at the local level. Ignore the useless policies of dysfunctional national and state governments.

Readers seeking a clear prescription will certainly be disappointed in Orlov’s book, but it is an antidote to excessive idealism. Environmental “optimists” hope that an extended, slow decline, not collapse, will awaken business leaders to what must be done while giving us time to adapt, to which Orlov would respond, “Don’t bet on it.”