Call of The Reed Warbler: A New Agriculture, A New Earth by Charles Massy 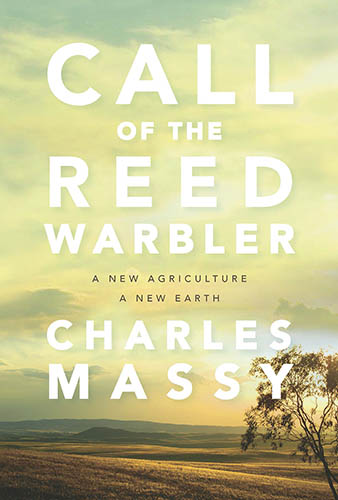 Massy is an Australian farmer who earned a mid-life PhD in Human Ecology. In the course of doing the research for his dissertation, he met and studied the methods used by many “regenerative’ farmers,” mostly in Australia, and mostly in the temperate zone. About 60 percent of the farmers he examined were forced out of conventional agriculture by financial or physical failures and thus had to re-invent what they had been taught by parents or Ag Schools. Almost all of them were severely constrained by capital…they did it on the cheap. Some accepted reductions in yield of 70 percent…and increased their earnings.

How could they do that? Because industrial agriculture is a desperate contest between the cost of the industrial inputs and the revenue that the farmer can get for a commodity crop. In many cases, the costs exceeded the revenues, and then some catastrophic event (such as a bush fire or extended drought) forced the farmer’s hand and the family had to devise a different way to survive. Cutting out the bulk of the inputs was a common denominator in the farms Massy examined. And when a farmer stops the industrial inputs, then Nature regenerates itself…and we can once again hear the call of the Reed Warbler over highly diverse and productive landscapes. Massy describes it as a Complex, Creative, System. Creative means that the myriad of moving parts assemble themselves into something that humans could not devise using a mechanical model.

In the US, the very idea of accepting lower yields is mostly anathema. But think about it. If the Corn Belt produced 70 percent less corn and soybeans, what would happen? Would we have to give up ethanol and feed lots???  Ethanol is marginal at best as a fuel, and we have to expend a great deal of carbon in order to get it. Feed lots generate the kind of junk food that fuels the epidemics of chronic disease and are bankrupting us. If we look at food, we find that the industrial food system is burning 10 calories of fossil fuels to put 1 dietary calorie on the table. If nothing else, the book will encourage the reader to reconsider the fascination with yield and to focus more on the health of the ecosystem and the health of the animals and the grass and the humans.

Please check out the difference between the roots of a perennial prairie grass as compared to domesticated wheat. Perennial crops hold great promise.

Given just a dollop of biology, one can immediately see the difference in terms of factors such as drought resistance, erosion control, mineral mining, and carbon sequestration.  Focusing on carbon, the plants put carbon into the soil in order to feed the fungi which scavenge nutrients and water for the plants.  And for those who are concerned about carbon dioxide in the air and the seas, the question immediately becomes: how much carbon can be sequestered?  Massy does not attempt to answer the question globally. But it is apparent that growing more wheatgrass and similar plants instead of the wimpy domesticated versions has multiple ecological payoffs: carbon and water in the soil, retention of topsoil, rapid creation of new topsoil.

Massy devotes a section to Walter Jehne, a fellow Australian, who is spreading the word on the importance of the water cycle…which is ‘the elephant in the room’ in terms of climate change, but is usually ignored. It is clear that Massy’s farmers are storing vastly more water in the soil, which allows much greater carbon sequestration in the soil. The better the water and carbon cycles work, and the more topsoil is created, then the more productive the land becomes to feed both humans and Reed Warblers.

Wise people are convinced that technical arguments about Climate Change are futile in terms of changing behavior. Gabrielle Lipton has written an excellent summary of the case for this.

I am of an older generation than Massy, and I am not at all sure I understand the emotional connection (or lack thereof) between the young people and the environment. Can young people even relate to Reed Warblers and a teeming ecosystem alive with a multitude of critters going about the business of life, many of which have profound impacts on us but which are microscopic? But if it is possible to persuade people to pursue solutions to some of our most vexing problems, then I think Massy gives us good technical advice and lays the groundwork for emotional engagement as well.