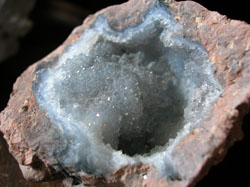 On December 15, the Department of Energy released its Critical Materials Strategy Report which is downloadable. Many horses escaped before this barn door started to close, but within the last few months, imagination began to perk up. For example, the last appendix of this report is the draft of a bare-bones DARPA-E workshop summary, suggesting ideas to make better use of rare earths, find substitutes for them, and develop less toxic and more efficient ways to process them. It’s the kind of thinking that’s overdue, and now we have a shortage of people with the experience in this area to do it.

The DoE report concentrates on rare earths, which suddenly attracted news interest, but other squeezes are so far mostly below the radar. A report from the Industrial College of the Armed Forces is an overview of this situation. Other pinch points ranking with rare earths are:

Rhodium is the most expensive of all precious metals, pricier than gold. Its major use is in small concentrations in automotive catalytic converters. It would be prohibitively expensive were it not mined as a by-product from Platinum mines. Most of it comes from South Africa. Prices spiked a year ago when power shortages in South Africa slowed the mining. That’s relieved now, but could a different element work magic in catalytic converters? For that matter, do we need such reactive catalytic converters, and if so, can we more efficiently recover Rhodium from the old ones?

Manganese is an essential alloying element. High grade electrolytic steels utterly depend on electrolytic grade manganese. China is also its primary source, as much as 75% of the world supply. Fear is that Chinese manganese ore is depleting after a decade in which world demand has shot up. Alternate mining sites are possible, but all take time to develop for production.

This is a very cursory look at this situation. If you’re into long-term systems thinking, it’s worth digging into how critical materials could willy-nilly affect your future plans.