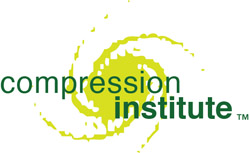 What Will It Take for Us to Become Serious?

The split between believers in economic development and those pressing for environmental preservation is poised to become the dominant rift in American society. Along with that is the difficulty of translating big picture issues into local action, here and now.

Yesterday, on line at home after a great session on urban gardening, I stumbled into a boomer’s plaint that the social changes in the air in the US won’t be pretty; then the New York Times account of Australians reflecting on their recent fires. They have widened the fault lines within Australia’s entire social system. The emerging big split is economic development versus survival.

American politics is a discordant mess, and Americans have a lot of company, exemplified by Brexit. More environmental dangers lurk than one can track. The powers-that-be prop up the global economy with things like negative interest rates while fending off plebeian revolts against globalization and income inequality. Of all our environmental threats, perhaps the biggest is whether we can rise above our own human psychological vulnerabilities. Tremors are building to an earthquake.

These rifts appear in many guises. At a macro level it’s the forces of economic growth vs. plebes protesting globalization and inequality. A great deal of environmental writing dwells on environmental justice. We are far from sharing an interest in mutual survival. Environmental activists protest pipelines. Growth bugs pass laws to arrest pipeline protesters.

Just one global environmental threat is loss of biodiversity, alarming to naturalists, but few others. Naturalists advocate setting aside 20-50% of all earth for nature to flourish unimpeded. This would reverse economic growth – blow up the whole system. That won’t happen until most of us realize that there is no choice. Australians may be reaching that insight.

For decades now, economic development implies growth, growth of a company, growth of a community, growth of an economy. Unless it’s like cancer, we presume that all growth must be good. Surely nature can take care of itself. Always did. Whether growth of ecology is good and should be promoted is a question that few people ask.

Expanding areas used by humans automatically shrinks areas used by nature for biodiversity. When this happens slowly, one sidewalk at a time, few of us notice it.

I don’t keep precise counts, but in my own backyard, we see fewer migrating birds on their flyways. Bats? Very few after a building harboring them was demolished. Monarch butterflies? A dozen or so this fall; hundreds two years ago. Fewer mosquitoes too, although fewer bats keep them at bay. Given less-than-scientific observation, has any species notably increased? No.

What changed? More houses going up. Constant construction in the hospital complex next door. A nearby field of weeds became suburban lots. Dove hunting season stretched to four months out of the year.

Like most towns, ours embraces economic development, assuming that nature elsewhere will do just fine. Just 2-3 miles out of town deer overrun ranches. They need to be thinned out. Hunting them is a business. Hunters pay fees. They buy ammunition, deer corn, camo gear, ATVs, and beer. Some pay locals to mount their kill as a trophy. Most of these hunters drive in from distant city suburbs, boosting economies along the way. Plutocratic hunters fly in, are picked up in a limo, and go to an exotic game ranch. That’s economic development.

A ranch activity that was once a neighborly exchange became a business, but long before that, indigenous peoples hunting for survival had no thought for money, or celebrating kills with photos or mounted trophies. Instead they usually thanked the game for sacrificing itself to them. Utter dependence on nature – hunt successfully or die – evokes the insight that one is a part of nature, not a conqueror of it.

So why did hunting become a business? Without it, a ranch might not keep going. A few ranchers skilled in recreational tourism rake in much more money than from raising commodity foodstuffs.  Or perhaps ranchers just want smart phones and McMansions to show that they are keeping their little corner of the economy pumped.

And the bottom line of all this? If we are going to save ourselves, we have to dramatically change what we do, invent new systems of living, new relationships with nature, and new ways of thinking. Compression Thinking is a guide toward that thinking. But can we stop feeding the monster that is our economy today long enough to learn to think differently?