This kind of challenge has to be addressed systemically. However, reality is that much of our thinking is fragmented. Energy users and providers tend to pull in different directions in their own interest. Free enterprise fragmentation stimulates innovation, but contention instead of collaboration is also a free enterprise weakness. 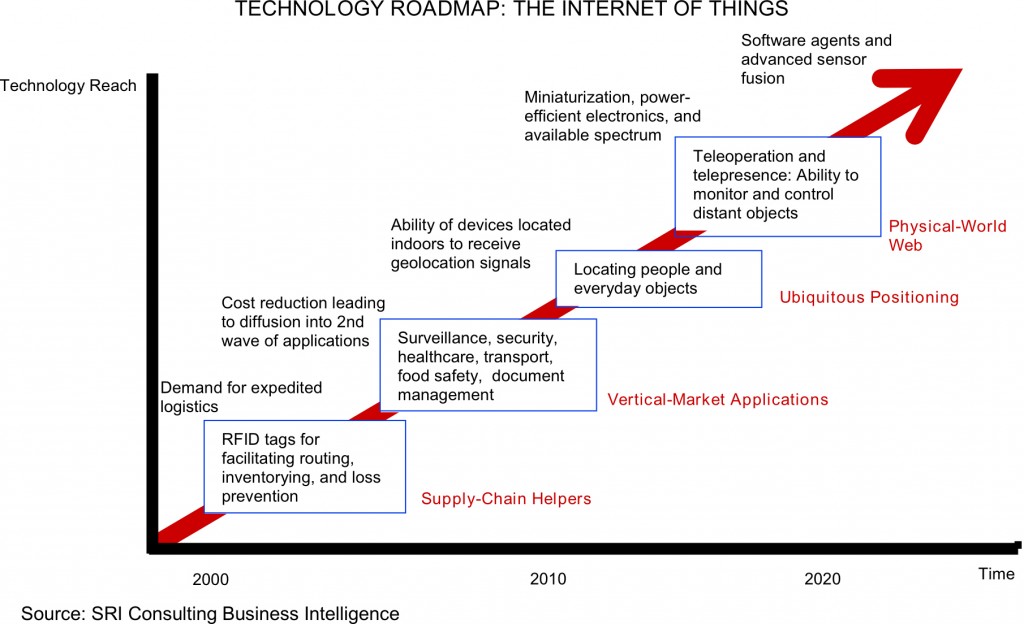 Supplying more and more energy to power big stuff – buildings, vehicles, aircraft – looms as a growing challenge to our 21st century way of life. For example, California estimates that 19% of all its electricity pumps water, but we keep wanting to pump water further, as by extending suburbs with as many new miles of pipe as new miles of road. Hydrologists refer to an energy-water “nexus” because pumping water uses energy.

Energy powers things we take for granted. Imagine hand-cranked phones (I’ve used them), tall buildings without elevators, or operating rooms without electricity. Energy has a nexus with more than water too. For example, Moody’s is eyeing the financial ratings of global mining companies because mines digging lower grade ores in more remote, water short areas must use more energy. The cost of mining operations is rising.

Return on energy is a factor in both obtaining and using energy, but rarely discussed; not in media articles, nor in company financial estimates. Energy yield is the energy obtained from the energy used to get it. And because of the nexus, energy yield says a lot about obtaining mineral ores, food crops, alternative sources of energy, and many other things.

Obtaining more of anything – fossil fuels, ores, food crops – from depleting sources or soils means a lower energy yield. Return on energy from hydrofracking is about 5 to 1, versus 30 to 1 or more from concentrated oil fields. Energy yield from the Canadian Tar Sands is under 3 to 1, in the range of alternate energy sources. To get the stuff, one has to burn more energy and tear up more real estate, risking public backlash. More complex technology risks more errors too; expensive ones sometimes. Thirty years ago, hydrofracking would have been called tertiary recovery, something to avoid, not technological magic.

On the bright side, we’re getting more bang for the BTU in each gizmo that uses energy. Automotive fuel efficiency is slowly rising. More building owners are remodeling for energy efficiency. But the startling improvement is in computation. 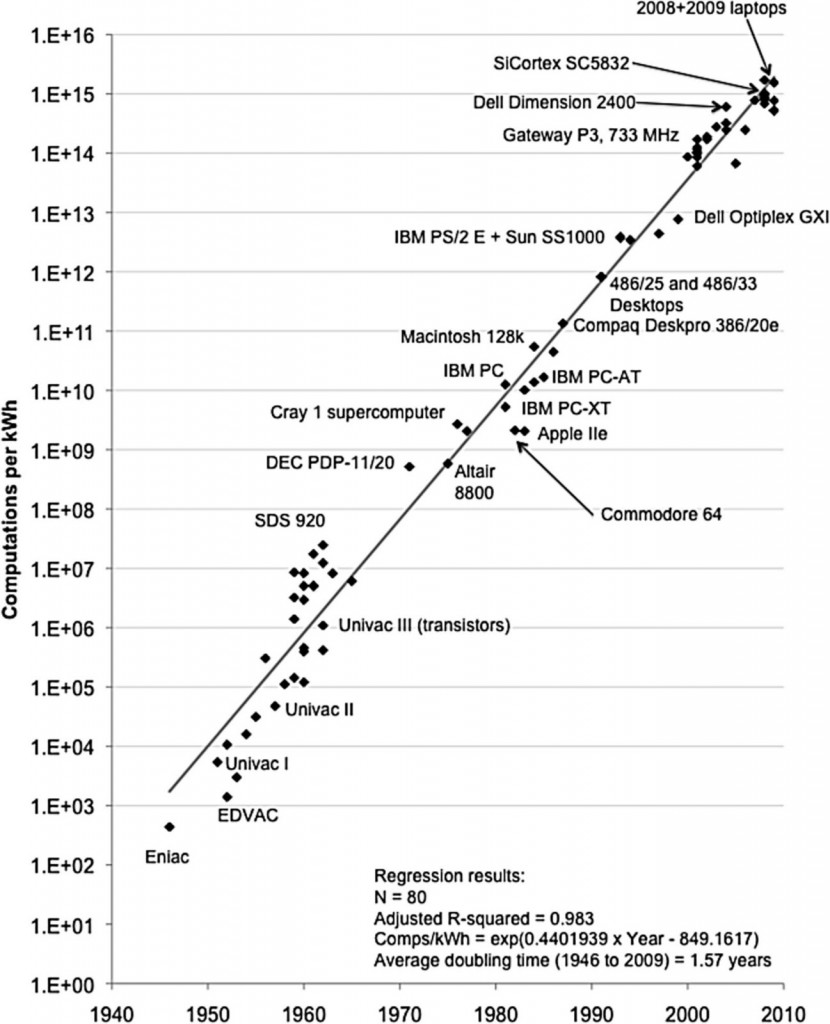 The above graph is by Jon Koomey of Stanford University. It shows that the number of computations per KwH has been doubling every 18 months since the first computer. This is now known as Koomey’s Law, which parallels Moore’s Law.

Unfortunately, this soaring rise in efficiency can’t offset the even more rapid uptake of ever more powerful computational devices. (Ten years ago I had one. With phones and tablets, I now have four.) The total electrical load these devices consume ranges from 2.4% of the total U.S. electrical load upward, hard to estimate, but not trivial.

Some computational devices are only for playing games. Others enable systems to reduce the demand of big energy hogs – smart grids, smart buildings, smart vehicles – even smart agricultural irrigation. Loss of electricity would wreck economy now, but imagine an internet of things. Can we control it? Could it control us? Might we merely exist in symbiosis with complex digital life support systems we can’t understand, reduced to mere bystanders of cyber war or cyber collaboration among autonomous systems? We can sacrifice a small growth in energy for computation if smart systems dramatically cut our total energy use. This leveraging of computational energy invested can be described as a variation of return on energy.

However, increasing the energy productivity of units in a system may not decrease that system’s overall energy usage. Suppose we double the fuel efficiency of the vehicle fleet on the roads. If that fleet travels twice as many miles, total fuel use does not drop at all. (This is a variation on economists’ Jevon’s Paradox: lower unit cost stimulates increased unit demand). We have to find practical ways to decrease the total energy used by entire vehicle fleet systems, and we must consider all factors to avoid creating more problems than we resolve. For example, could malware shut down the fleet? Can vehicle and fuel taxes keep paying for roads and infrastructure?

Vehicle systems depend on other systems, like streets, garages, gas stations, GPS, and electronic transactions. If the credit card system fails, you might not be able to pump gas, but you could turn on a coffee maker in your house while waiting for that system to come up. And few buildings are as stand-alone as an old barn. They rely on community systems for energy supply, maintenance, safety, and communications. Even farm irrigation is not stand-alone, but part of total watersheds having many demands for water.

How can we learn to think about multiple, nested loops of connectivity and thereby learn to do better with less?