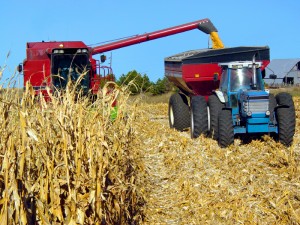 Although obscure to most of us, the phrase “food security” is significant to those serious about global food. To them, food security denotes food adequate in quality as well as in quantity, or non-interrupted sources of nutrition on which humans can thrive, not just stay alive.

Very few people today feed themselves entirely with food grown on their own land, and urban dwellers must buy nearly all their food. Therefore, food security implies farm-to-fork supply chains that are effective conveying nutrition, not just calories, to everyone. That’s a major factor in quality of life. For example, if infants are to become healthy, energetic adults, nutrition must have dietary quality, not just sufficient calories.

Mexico is a case in point. Mexico’s 32.8% adult obesity rate makes it the world’s #1 fat nation, nosing out the United States at 31.8%. However, many obese Mexicans are also malnourished. They live on a carbohydrate laden “Vitamin T” diet: tacos, tamales, and tostadas, the cheapest food Mexicans can buy. Mexico’s increasingly urban population buys most of its food despite urban gardening being popular. And Mexico, like the U.S., is accumulating chronic health problems like diabetes.

China’s increasingly urban population must likewise depend on food supply chains that are so scandal-rocked that confidence in them is tenuous. Government regulators find that their grip on food contamination is elusive. However, as urban wages rise Chinese spend more for meatier diets and for food brands that represent quality – stuff that won’t poison them. This is creating opportunities for food entrepreneurs, but diets going upscale are also pressing Chinese agriculture to increase output from a shrinking base of arable land with a shortage of irrigation water. How long can the resources needed to grow food keep pace with rising consumption?

Serious food worriers like Lester Brown figure that it won’t be long until simultaneous crop shortfalls in all three of the big grain producing areas, China, India, and the United States, will trigger a global food crisis. Will a major crisis make us realize that we have to take an approach other than assuming that harvests can keep rising?

This situation is already grim in countries from North Africa to Pakistan, where grain imports have been rising for several decades. The resulting stress in ordinary people’s lives is a factor in widespread political unrest – maybe the major factor, but so far political strife dominates media attention.

For example, agriculture in Syria was stressed by draught and by “liberalization” driving small holders to the brink before civil war cut output by half or more. Now war is driving hungry refugees into camps in countries that already have food and water problems, Lebanon, Jordan, and Turkey. It even affects Egypt. To help alleviate what promises to be a protracted mess, relief organizations see little alternative to encouraging mini-agriculture, including raising chickens in the camps.

Egypt, another case in point, is seething, but not yet at war. Once the breadbasket of the region, its Nile Delta can no longer feed Egypt. Food and fuel subsidies consume a high percentage of the government budget, over 40% by one estimate. Both the Egyptian treasury and Egypt’s population are vulnerable to rising prices for food and fuel. Egyptian central bank reserves have dropped by more than half since 2010. Mubarek’s administration could not stanch this, and no new administration seems to have a plan for doing better. Egypt cannot long continue as is, but turmoil will increase until leadership emerges that is capable of re-inventing Egypt’s institutions and society. Conditions aren’t that desperate yet, and political news is all about regime legitimacy, whether the US should continue sending F-16s to Egypt, and machinations on projects affecting Egyptian fuel and water.

That is, Egypt is in Compression. It has to stop expanding infrastructure that takes fuel to maintain and use every means to keep people fed within the physical constraints that its development has willy-nilly brought about – water and land limitations coupled with a rapidly growing population. It has to alleviate the misery of overexpansion by every means possible – including micro-agriculture. The sources of some of its problems, like dams on the Nile, are outside its borders, so it can’t resolve all problems totally on its own. However to be effective, leadership must first fully appreciate that they can no longer “grow their way out of” the problems besetting Egypt.

Can this happen? Technically, perhaps it could, but the history of mankind suggests not. In the past, before we could comprehend what was happening globally, humanity responded to overpopulation and food shortages with violence.

Bill Fleming brought to our attention a study of climate and conflict during the “Little Ice Age” in the 17th century, by Geoffrey Parker. Historical records chronicle that protracted wars, revolutions, and riots during the mid-17th century exceeded anything seen until World War II. Modern research on climate history shows that during this same period, throughout Europe, Asia, and North America, earth suffered extremes of cold weather combined with lengthy draughts. In some densely populated regions, exhausted food supplies coupled with social mayhem wiped out half or more of the population in a decade or less.

Now, almost 400 years later, we can, if we try, comprehend what is happening globally much better than our forebears. But are we any wiser than they were?

To do that we need to harness our emotions to our heads and figure out how to live well, or just happily survive, while using far fewer resources. Egypt might be a great test for Compression Thinking, if people there could stop squabbling and work together improving Egypt area-by-area, community-by-community.