Sadly, the graphs below have a similar pattern. In each case, the lines closing together coincide with increasing political unrest. There’s much more to the story from the resource shortage angle, but standard journalism is not designed to probe that deeply very often. 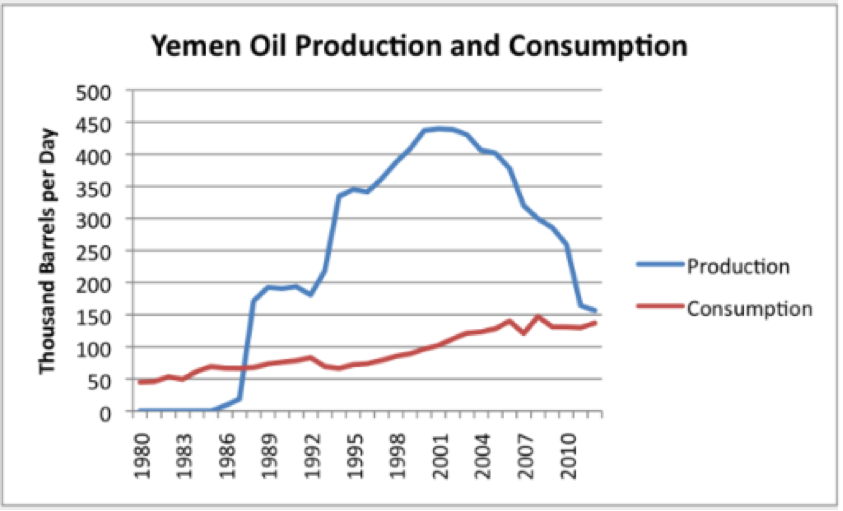 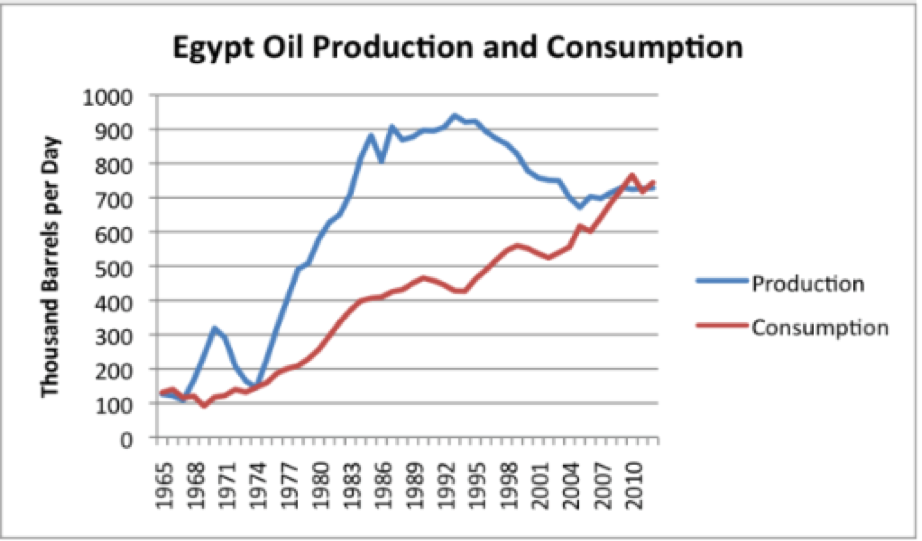 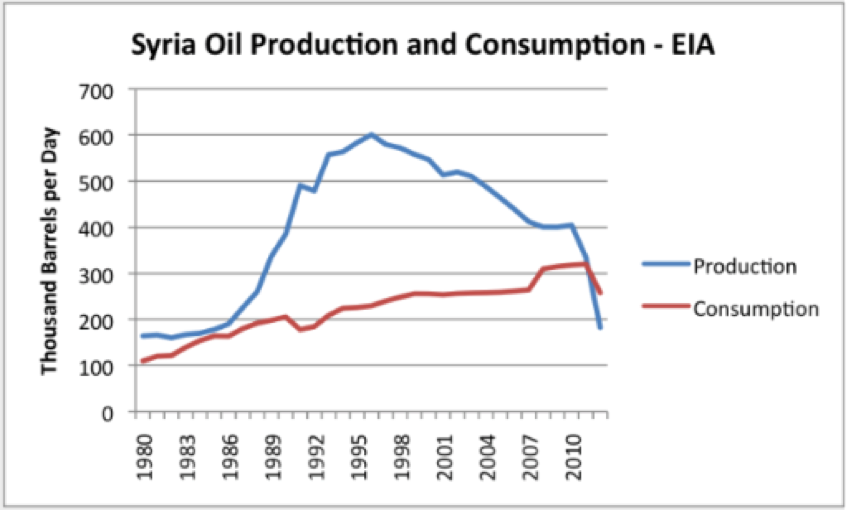 Graphs are from the U.S. Energy Information Administration. However, Gail Tverberg spotted the pattern in her blog.

In this region, Iraq and Libya are the best-known oil countries. However, Syria, Egypt, and Yemen have all had “some oil,” which is now declining. Each country has had rapid population growth, and now each one has water and food shortages.

While they lasted, oil exports allowed these governments to subsidize food, armaments, housing – and population growth. Now the party is over. In each country political unrest is sliding toward failed-state status. No matter who is “in control,” governments face the “Compression Issue:” how to keep the populace living well while using much less and preventing environmental degradation.

This takes much more social collaboration than these countries have been able to muster of late – maybe ever. In states of war, or near war, collaboration is hard to imagine, much less execute. In this region, the basic unit of survival is the family, extended family, or tribe. When other institutions fail, people trust only people like them; not governments; not corporations; and not people from far, far away.

Unfortunately, fragmented tribes are unable to do much on their own, so they turn on each other and squabble to control common infrastructure, or what’s left of it.

Where we do not live with clear ethnic tribal divisions, we invent our own. Creating trust where it is in short supply is the biggest human impediment to dealing with the Compression Issue, or our common human challenges of Compression.