Too Little Thought for Consequences? 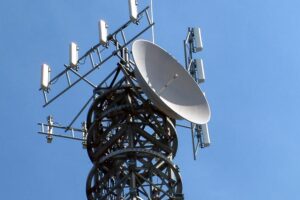 Google 5G technology, or Internet of Things and you open the hype spigot on how wonderful 5G going to be. Up pops “inside scoops” on where to invest in 5G lest you miss out on this next new, new thing. However, doubts are creeping in. Parents near elementary schools in California and Florida have objected to RF cell towers near elementary schools. They claim that safety has not been properly investigated before 5G rollout. They have a point.

5G rollout is a classic case of a technology sneaking up without practicing the Precautionary Principle. We blindly trust that we can technology our way out of any problems that we technology our way into. Rollout isn’t just in Silicon Valley. Global rollout is coming fast, and could be complete in as little as 5 years. Some readers may live in 5G terrain already. Unfortunately, 5G has adverse effects of three kinds: increased energy consumption, health of humans (and all other life), and human behavior.

As I write, my devices have only 3G capability. Imagining 5G is a stretch. Each of the Gs has been a noticeable step up in data transfer capability, but the difference between 4G and 5G is a whopper – at least a 20X increase in data transmission speed, up to 100X. This requires a big increase in energy usage and in the frequencies used. Both have consequences. If you are not into 5G technology daily, it’s hard to keep up with it.

Up through 4G, systems used only frequencies under 6 GHz. 5G doesn’t. It can’t. Plans are to use frequencies ranging from 24-90 GHz, and maybe up to 300 GHz of “radio frequency” radiation. Lower frequencies go through walls. Higher frequencies diminish this ability until at 24 GHz, they bounce off of nearly everything, including raindrops. Therefore, 5G needs mini-towers close to you, perhaps one for every eight house. A mini tower will locate near you.

At these higher frequencies, towers have to emit more energy. They will still emit frequencies in the 0.7-6 GHz band to allow present devices to work and to go through walls. However, the higher frequencies beam much higher streams of data much shorter distances, and that is the whiz bang feature of 5G. Therefore, 5G rollout is a huge equipment installation project having a significant issue with excess energy demand.

Energy demand is being addressed two ways. One is re-engineering equipment to be more energy efficient, that is, require less energy to pump more data. Unless new designs greatly improve energy efficiency, 5G energy consumption would be more proportional to the amount of information transmitted. If energy demand increased 100 times, even the most ardent 5G enthusiasts realize that rollout is doomed. They have to cut the energy required – dramatically.

The second way this is being addressed is by powering equipment with alternative energy; no extra CO2 in the air. Some of this is greenwash, but most of this effort is at the data centers, the cloud. Most of the power for 5G will be consumed by data centers, not the carriers. Data companies prefer their farms to be off the grid, hopefully unfazed by outages from storms and grid overloads. Google, the leader, has improved energy efficiency in its server farms until very little potential to improve it remains. That’s a great achievement, but if 100% of the energy entering the building crunched data instead of generating waste heat, the data load is still enormous, and growing fast.

How big could this increase be? Radoslav Danilak projects a doubling every four years. In 2017, data centers already used 3% of all globally generated electricity. Neither carriers nor data centers want to pay for massive increases in energy costs. Raising kilowatt hour prices by several times is not unthinkable. Without greatly improving energy efficiency, the 5G boom will starve in an energy-short world. Energy hogs like interactive video games and Netflix streaming would, at best, become luxuries.

5G Effects on the Health of Humans and Other Life

The New York Times recently published a controversial article that illustrates our reluctance to observe the Precautionary Principle rolling out 5G. A button even directs readers to “Wireless Health Facts,” a cherry-picked recitation of statements from various government agencies that have not yet ruled on safety issues that are being probed. Reader responses to the article nicely illustrate how the safety of higher frequency radiation is easily scrambled into obfuscation while the purveyors of 5G tout its glories. Little official investigation of the potential for harm seems to be underway. But public concern, now low, is rising.

One reason for the rapid push for 5G is intense military interest. The internet of things includes AI robots. Imagine our killer robots vs. their killer robots in a global cyber-hacking arena. One reason for disputes between China and the U.S., featuring Huawei, is this kind of scenario. The Chinese are reported to use quantum technology sending high speed messages that are impossible to crack. When racing for global dominance, nobody pays much attention to the Precautionary Principle. War in any form largely negates ethical considerations.

Reservations about the long-term effects of RF radiation are not new. Studies of the physiological effects of cell phones on humans long predate 5G. The National Cancer Institute’s summary of this pre-5G research reveals no smoking gun, but be cautious. People have not keeled over, but for long-term health, don’t overexpose yourself and especially small children.

Most research on the effect of radiation on health has been pre-5G. Higher power levels and higher frequencies raise radiation exposure considerably. Scoffers note that higher frequencies do not penetrate the skin, so they should not harm human bodies, but hold on. Skin does not stop all radiation effects, as shown by the well-known Active Denial System for crowd control. It beams 95GHz radiation at people, although concentrated and at a higher power level than 5G, heating fluids under the skin unbearably within 3-5 seconds. What is 24/7 exposure at lower levels going to do long term? So far as I know, nobody knows.

Walls stop higher frequency radiation cold, but if a 5G router is inside the building, higher frequencies will be too. ((An early 5 GHz router will carry 60 GHz, 5GHz, and 2.4 GHz.) News that some IoT sensors will harvest power from ambient 5G radiation signals that power levels at any frequency will be above those we now experience.

A microwave oven concentrates lower frequency 2.45 GHz radiation to cook food. Little of it escapes, so few of us fear microwave ovens. However, we’ve all seen warnings not to be near a microwave oven if you have an implanted pacemaker or defibrillator. How will 5G affect such medical devices? Safety concerns have to consider non-normal circumstances.

While walls stop high frequency 5G, many of us spend a lot of time outside. And 24-90 GHz will permeate a building if 5G routers pump data among devices inside it. We will bathe in 5G round the clock unless we shut everything down at night and sleep in a Faraday cage.

Unsurprisingly, research on the effects of radiation on non-human life is limited, and this issue has garnered little attention. A few experiments show that moderate power radiation in the MHz range (below GHz levels) increases cellular death in fruit flies. That’s not good, but also not conclusive. A journal, Electromagnetic Biology and Medicine, covers a lot of fragmented testing, but no program focused on 5G seems to exist. Realizing that human life is entwined with all other life expands the perception of 5G hazards. If everything from tomatoes to tree squirrels will swim in 5G, effects on both plant and animal life should have a high priority. For that matter, how might 5G radiation affect microbes, the little critters in biomes and rhizomes?

David at Radiation Health Risks has compiled a lot of relatively evenhanded information. Neither technophile nor technophobe, he cites sources, and they check out. His information edges from the risks of radiation into the risks of connected devices and Artificial Intelligence.

How Will IoT, 5G, and AI Mess with our Minds?

The coming of 5G increases our reservations about the uses of Artificial Intelligence, itself now such an energy hog that its processing efficiency needs order of magnitude improvement. If all the energy problems dissolve, we need to reflect on how AI and 5G will affect us as human beings. This concern has been building for years. Most of us are frustrated by e-mail deluges. Some are addicted to video games. We expect to pop up information in a second that once would have taken a week in a library – all while irritated by targeted ads. And how many people would be completely lost without satellite navigation? We’re harassed by distractions, and being constantly distracted is well-known to adversely affect behavior and disrupt concentration. The question is whether we will keep our minds or lose them.

5G and connected devices promise to automate everything. For example, it will simplify the development of driverless vehicles because vehicle sensors do not have to sense and interpret everything that a human driver does – and more. Cars will talk to other cars, to traffic lights, to warning signs – maybe even fireplugs. You can nap on the way to work, hoping that a massive power outage doesn’t suddenly leave the vehicle lurching on its own.

On the other hand, Big Other’s driverless couriers have to know much about you. Exactly who you are, where you have been, where you are going, and approximately when you will get there. We already have concerns whether the likes of Alexa are siphoning our data to paying clients. Will our refrigerator soon spy on us to food companies – or to the diet police?

With 5G, transhumanism, the artificial enhancement of human capabilities, emerges from the mists of sci-fi imagination and centers like Singularity Hub. We can genetically intervene in our own evolution – or in the evolution of a chosen few. We can extend our capabilities in ways that our forefathers could not imagine. But will this make us better humans or just better robots? Even the technophiles at Singularity Hub are beginning to think that technological progress needs to check more ethical way posts for direction.

We could easily sink into utter confusion, depressed, with lives devoid of meaning, endlessly distracted, mentally decomposing in deep fake hell. (How do I know that something hasn’t hacked my health monitor and it’s lying to me?) We might not be able to stay sane in a totally artificial world. A few of us are well down that road already. Would you prefer to be counselled by a robotic priest?

Contrast this onrush with Compression Thinking, that our environmental issues are so numerous and so dire that we need to concentrate on living as well or better while using much less. To do that we need to change how we think – as humans. We need to recognize how symbiotic we are with a much-abused nature. It is already biting back. Something has to give. Even more than that, no matter what the level of technology, are we really human if our grounding to nature is cut off by living more and more distant from nature’s reality? We have to seriously start questioning the purposes of technological advancement.