Picking through obscure news, prospects for significant “pushback” by dispossessed people seem on the rise. Pushback refers to NIMBY movements, involuntary relocations, and so on, triggering social unrest, and even violence. The UN reports that urban poor are the fastest growing segment of the global population, fed by massive rural-to-urban migration. Rapidly expanding industrial agriculture is a major impetus. This portends political conflicts, like immigration squabbles, while slums anywhere breed social unrest. 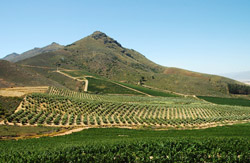 Since 2008, leases of arable land for industrial agriculture have accelerated, especially in Africa. The World Bank estimated that in 2009 alone these leases involved more land than all of California. Poor African governments with malnourished populations have faltered trying to boost food production by small holders, so they lease big tracts to investors backed by developing countries with more money – investors seeking assured sources of food for their own burgeoning populations. Developing this leased land often requires irrigation, so expect water squabbles to ensue. Often the lease payments are zero, and less than transparent deals open land to anyone able to develop it.

Many local villagers can learn to greatly improve food production, but this is slow change, and time is short. Transformation to industrial agriculture promises to be much faster, so 21st century capitalism is no longer a Western exclusive. Any country with cash can get in the game.

Ethiopia plans to lease 4 million or so acres (about equal to Belgium). So far, Saudis, Indians, and Egyptians have cut 99-year deals. In Mali, the government has leased 600,000 acres for agricultural development, trusting that the bounty will somehow feed its population. Quaddafi’s Libya snagged 250,000 acres of it.

Land grabs are not limited to Africa. Australians recently discovered government-backed investors from China, Singapore, and the Mid-East quietly buying up their agricultural assets at draught-depressed rates. In North America, farmland is an asset with steady returns, and capital gains if the land is flipped. Capital-needy farmers and disinterested farm heirs readily sell, converting over a million acres a year of farmland to other uses.

Next question: When will hordes of third-world people dispossessed from land migrate to town? Traditional small-village agriculture cannot feed growing global populations, but industrial agriculture breaks up village life. Mature industrial societies worked this out long ago, but now societies like China and Indian seek access to farmland elsewhere while industrialization eats up their own farmland and jam-packs their cities.

No one can precisely count the numbers of people displaced, but millions upon millions. About 214 million people, or 3% of the world’s population, are officially in migrant status, a percentage that has changed little in a decade. However, it doesn’t include millions more that have officially resettled, but not happily.

The dark side of Chinese expansionary glitz is an ominous rumble. Many Chinese suspect that for them, rapid prosperity is a road to nowhere, littered with potholes, while land grabbers take high road to riches. Violent protests harry Chinese authorities so much so that the cost of “stability maintenance” to contain it almost equals China’s entire defense budget. The Chinese regime is in a bind. Slack off industrial expansion and “pushback” might do it in.  Keep going and the size of its resource grabs cannot be hidden much longer. And do other industrial societies face the same bind as China? Yes.

In sum, unlimited resources sets up a global social dynamic of everybody-wins-a-little; smile and divide the spoils. Limits set up zero-sum games. Negotiating allocations is no fun. Negotiation breakdowns could threaten technological societies vulnerable at more points than they can defend — another reason to greatly reduce the resources consumed by industrial expansion. Adding to the stakes, can we do that that while creating paths by which millions disaffected with the current system can improve their quality of life?

Technology and techniques by which this can be done are easier to project than the means by which to marshal the human capacity to widely deploy them.