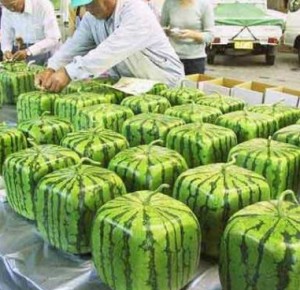 A recent EPA party-pooper report estimated that 63% of all methane and 36% of all nitrous oxide (N2O) in the atmosphere is man-made. Despite imprecision, these suggest pushing nature out of balance. The National Academy of Sciences just released a report on how to deal with emissions – but few other issues related to Compression. The multi-headed nature of this big squeeze takes time to appreciate.

Life depends on chemical balances of nature’s carbon and nitrogen cycles. These cycles consume tiny fractions of the total atmosphere – tails wag the dogs up there. Neither cycle is understood as well as we would like, but evidence points toward large-scale use of industrial chemicals adversely affecting both cycles.

Rising methane and carbon dioxide concentrations draw attention to the carbon cycle. NOx is fingered as the major culprit unbalancing the nitrogen cycle.  NOx, a mix of nitrogen oxide (NO) and nitrous oxide (N2O), is part of the organic volatile brew boosting ozone formation low in the atmosphere (we don’t want high ozone days in cities). Where we do want ozone in the hole over the Antarctic, nitrous oxide is projected to be the major catalyst prolonging the hole. Freon is a more potent ozone hole depleter, but nitrous oxide is far more plentiful, and still building.

Regulation of NOx emissions from vehicles has steadily tightened, but engines aren’t the major source today. It’s industrial agriculture, primarily nitrogen-based fertilizer, which presents a dilemma. Without that stuff boosting yields, could we now feed the world? Ammonia-based fertilizer comes from natural gas.

There’s more. Excess nitrate fertilizer washing off fields stimulates algae in water, which depletes oxygen for fish and other water life. It runs down rivers until it forms dead zones at their mouths. Oil from the Gulf well blowout is now moving into the area usually covered by the big summer dead zone offshore from the Mississippi Delta. An additional nag is that phosphorus is a non-substitutable component of fertilizer – and another pollutant when used to excess – and some worry that mineable grade phosphorus won’t hold out long at our current demand rate. As an old crude saying goes, “To get well, first stop pissing in your own soup.”

These problems compound on themselves. Others may not even be known, or not publicized. That’s why a first action in Compression is to simply use less stuff — a lot less stuff. It reduces the scope of all other problems. Sounds simple, but pulling this off will take ingenuity and innovation. And that’s why we have to start by prepping ourselves.