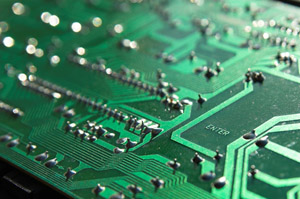 A new book, Global Resource Depletion by Andre Diederen, reads much like the opening chapter of Compression, only better. Although published in the Netherlands, it’s written in English, and available from on-line booksellers. You can glean the gist of Diederen’s thinking from one of his recent presentations.

Diederen does a “pretty good” job assessing the run-out rates of minerals, an inexact science bordering on technical sleuthing. It depends on the concentration of ores in reserves plus projected demand rates. Both companies and countries tend to put the best spin possible on claims for their reserves, so one must beware of hogwash in the numbers. Russia’s petroleum reserves, for instance, are officially state secrets, but others estimate them. Diederen’s projections of peak mineral availability are based on hard to get estimates of mineral ore reserves, and he assumes continued 2 per cent per year growth in demand for each mineral.

Given all that, what does he conclude? We rely too much on exotic materials for high performance electronics, and this is not sustainable indefinitely by an ore-to-landfill industrial system. However, many of our hopes for the future ride on electronics and software. Diederen’s projections also illustrate the danger of unconsciously assuming ceteris paribus, Latin meaning that all other factors remain equal, or as experienced in the past. That assumption is so common in economic models that it is seldom stated any more. It’s unconsciously assumed in a great deal of business planning too. One ceteris paribus assumption is that at the right price we can always get more of almost anything.

A dramatic illustration of false ceteris paribus is assuming an increasing supply of neodymium. Current production is about 18-20,000 tons per year, almost all from China (it’s one of those rare earths). When Mountain Pass and other mines are up to speed, global output might more than double. But plans to use wind and marine turbines to replace many millions of megawatts of fossil energy using the most efficient generators could require up to a ton of neodymium per megawatt. This gap takes a lot of wind out of the sails of rosy planning by currently projected technical pathways.

This situation did not sneak up on industry insiders by complete surprise. Mental gears have been grinding seeking alternate technical pathways, but neodymium shortages by conventional routes are a snag point that probably could have been anticipated much earlier.

And the moral of this story: In Compression we must beware of rosy ceteris paribus assumptions and become a lot more aware of how interdependent our technical world is, and will become, plus how dependent it is on wise use of what nature provides.