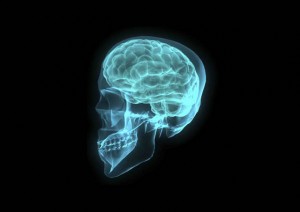 “Rules of engagement” is a phrase familiar to military personnel engaged in almost any mission. Any vigorous learning enterprise has a characteristic in common with the military, a mission shared and hopefully understood by all. Military rules of engagement shift depending on a unit’s mission, and perhaps even its situation. Few other working organizations will shift missions as often, but a learning organization needs a common mission to guide people working to accomplish it, while functioning and learning nearly autonomously. But a common mission does not work magic. People pursuing it also need “rules of learning,” which can be classified into two groups:

1. Hard Rules: A formal problem solving language and formats by which to communicate. That includes endless why questions, PDCA, common tools like process visibility rules and process standardization, and many more, some highly technical and special to an organization, and adapted to any kind of work. In addition the organization needs rules for daily use of a living system to record learning so that few wheels are reinvented, sort of an “open system lab notebook.” With such rules, systemic learning discipline begins to supplant direct discipline (command and control).

Learning to live by these rules changes behavior, but learning has to cast a wider net than perfection of current operations, and well outside organizational boundaries, and by many people, not just a few researchers. For example, few engineering designers can track of all the various codes and standards to which they must design, and from the wording, decipher the intent. Assuming that code writers and inspectors understand the intent may be misplaced too. Therefore learning behavior needs to stimulate going beyond just “knowing the code.” There has to be a better way.

2. Soft Rules: Codes of daily behavior, with systemic rules of behavior. Almost all of us begin learning manners, sportsmanship, and etiquette at a very young age, but that’s not enough to create the emotional environment for vigorous learning. Toyota’s phrase for something similar is “Respect for People,” but “respect” may imply little more than saying hello every morning. Many problems involve conflicts of interest or clashes of ideology. Such issues are sometimes called wicked problems. Relevant facts may be unknown or even unknowable; we may disagree on what’s relevant, or even whether a problem is real or imaginary. Some are ethical issues, or “Catch 22,” no win situations. Example: Suppose a nearly bankrupt customer is not paying, but trying a new life cycle business model, winning new customers slowly. If you don’t keep shipping, their bankruptcy is certain. How long do you string along? Mutually surviving this risky situation is a matter of human trust as well as ingenuity and flexibility — fast learning.

One of the most important learning behaviors as well as skills to acquire is willingness to question assumptions. That includes trying to see the assumptions that we make unconsciously. Some are about the character or capability of other people, but many technical breakthroughs also occur because somebody questioned an assumption that others didn’t. Indeed, one of the purposes of design tools like TRIZ is to open possibilities never considered before. Willingness to question assumptions opens minds during dialog too.

Soft rules are much harder to abide by. They get personal. The emotional waste of hidden agendas, distrust, rigid opinions, put-downs, and so on is at least as crippling, but harder to see than process waste, because each of us must fight instinct to avoid personally contributing to the waste. Crucial: the ability to expose ugly facts, acknowledge unknowns, and dialog productively without finger pointing when issues are emotional, complex, and have many factors from many sources — very likely when coping with Compression. Everyone is expected to take on a professional attitude, even if no certificate proclaims special knowledge. Professional attitude is concern for everyone else first, especially those you directly serve, plus developing confidence in the professional attitude of others.

Leadership for vigorous learning has to create more than its structural elements.