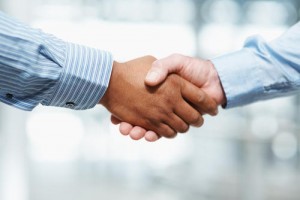 Social trust is confidence that others we meet will not try to harm or cheat us, and that they will at least try to do what they say. To live well using a lot less, new business models have to increase resource sharing, which presumes more social trust than most of us exhibit now. A well-known example is Zipcar, pioneer of a number of car sharing services. A new one is Airbnb, an on line service that lets people arrange to stay with others “in 19,732 cities in 192 countries.”

The Airbnb site shows a lot of luxury spots at relatively low rates; some strictly commercial; others rentals of idle personal space, like time-share condos; and many are home B&Bs. Airbnb took off elsewhere faster than in North America. Why?

Travelers with little money typically stay with friends or relatives – like many Americans did 80-100 years ago, before highways. Now we’re likely stay at a motel rather than discomfit friends. Even earlier, travelers on foot or by horse and far from town might snooze in a farmer’s barn. It’s just how it was.

In many countries, it’s still how it is, only with Airbnb, they can prospect snooze spots in advance, so fast is the world adapting to web connections.

Risk? Some, but even bank robbers rarely turned on those who had just taken them in, fed them, and fed their horse. (An old story once told in elementary schools was of a little girl who unknowingly befriended a traveling George Washington in exactly this way, a big contrast with today’s beware-of-strangers messages.) Today, amidst on-line spam and scam, one can find services that create a context for social trust – not perfect, but at least an e-bay level of trust. And trust is a very human thing.

According to the American Lodging and Hotel Association, in 2010, the United States had 4.8 million hotel rooms with 1-2 million empty most nights. In 1910, we had about 700,000 hotel rooms. Motels were unknown. They sprang up along highways and interstates. By 2025 the industry projects 6 million rooms if many of us keep living on the road more than at home.

How can we make this business model obsolete, along with the consumption it adds? One out is to rely more on virtual meetings and less on travel. But for travelers, what alternative business models could reduce the use of hotel rooms? Doubling up in rooms is done now, but it’s an ongoing issue in Human Resource discussions (do you snore?), and there’s the Japanese alternative, the capsule hotel (sleep in a pull out drawer). However, Japanese youth have been foregoing capsules to sleep it off in a special lounge chair at an internet café.

Almost any alternative business model that decreases resource use depends on finding solutions that depend on more social trust. (Will somebody steal my stuff if I sleep in a café lounge chair?)

Almost everyone hearing about alternate green business models at the recent Verge conference was struck by two factors: 1) Heavy reliance on electronically gathered and processed data, and 2) Social input like crowdsourcing that implies higher degrees of social inclusion and social trust.

We like technology and techniques when concocting strategies for either process improvement or business models. They lend themselves to road maps for action, and they can be monetized for business models. But social trust is mushier stuff, with or without the technology, and it is crucial to making many of them “work.”

Social trust deeply affects what we at the Compression Institute have called a Vigorous Learning Organization (or Enterprise or Network). Inside a working group, problems of limited scope may be structured and resolved by one person or a small team. The more problem solvers; the more problems the organization sees and resolves – and from different angles. Their behavior is important. The more they trust each other, the more likely to concentrate on problem solving than “office politics.”

However, if business models depend on customizing service for many different parties in different locations, it depends on their input at a minimum, and perhaps in their participation in the process. If they begin as strangers, “team building” has to be simultaneous with resolution of issues. The need to build social trust is unavoidable.