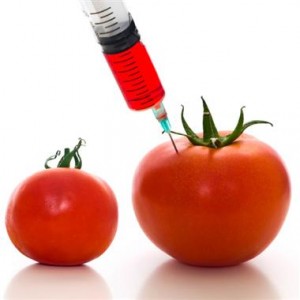 Of all the Jeremiads that environmentalists invoke, declining biodiversity is probably the easiest to see, because it is all around us, but hardest to fully comprehend. The notion that biodiversity is essential to ecosystem survival is hard to technically grasp, so environmental arguments too often degenerate into campaigns to save a cute critter threatened with extinction when the key point is that the critter is a marker for losing a much bigger web of diverse life. When biodiversity decreases, we really do not know in detail how much is dying off.

Biodiversity of larger organisms is vital to ecosystem sustainability, of course, but biodiversity of soil is crucial. Soil is the carpet over the land that converts death back to life. Soil varies greatly in organic quality, and it is very unevenly distributed over the earth, as anyone can see, but everywhere it is the medium in which life dies and is reborn. Soil can be a very thick carpet, or a mere wisp in the crack of a rock from which a blade of grass protrudes. And soil is a carbon sink.

All soil is important to us, but when we think of soil, we usually think of soil that is tilled or prepared for crops. Most of us know that topsoil is steadily eroding, but bumper crops seem to keep coming – for now. Soil erosion is physical loss or displacement, but soil fertility is equally important. Retaining dirt that is nearly dead is of little avail. We need soil that can produce food of high quality as well as sufficient quantity. Building up poor soil by natural processes is not quick.

Everyone knows that to grow a plant one needs soil with humus, fertilizers, and water – plus sun and temperature, of course. But soil also contains microbes, lowly nematodes, other organisms you never hear of, and trace elements that promote plant health and growth – micronutrients. Trying to get this combination just right at the right time for best results is the essence of organic farming. Until a century or so ago, all farming was organic. Aided by 100 more years of science, modern organic farming tries to be a little smarter about it.

In contrast with this new old-fashioned approach, mainstream U.S. agriculture has transformed over the past 60 years into industrial agriculture. Large farms produce most of the crops grown. Most old farm families no longer work the farm, but use contract farmers. The social ramifications of this shift have been extensive, but prime technical enablers were hybrid seeds, ammonium nitrate fertilizer, pesticides, and herbicides.

In the past 20 years, the major development in industrial farming has been genetically modified seed, no-till farming, and use of RoundUp as a herbicide. Genetic modification has made crops resistant to the primary active ingredient in RoundUp, glyphosate. As a consequence, if they use RoundUp farmers have to buy the GM seed from a seed company, the best known of which is Monsanto. The idea of a seed company having such a monopoly on crops does not sit well with a lot of people, especially farmers, but the legalities are a minor part of what appears to be a firestorm brewing over this.

Critics are compiling a lot of evidence that GM food is not safe to eat as claimed, that the glyphosate does not degrade in soil as quickly as claimed, that furthermore, repeated use begins to break down the microbial action and other chemistry associated with soil doing its thing, and that it does not increase either crop quality or crop yield. In addition, super weeds tolerant to glyphosate are proliferating, and the pollen from GM modified crops blows into non-GM crops, contaminating them. That is, the global-scope chemical stew which industrial agriculture has become threatens to substantially screw up agriculture, and maybe much more than that. For example, runoff with these chemicals enters our sources for drinking water.

These and many related issues appear ready to explode soon, with evidence coming from more than a handful of anti-corporate cranks. It is extensive and growing. If you would like to start researching this subject, it is deep and complicated, and at present, it is “controversial.” You can download a mere summary that is more than 100 pages long with citations to many other studies.