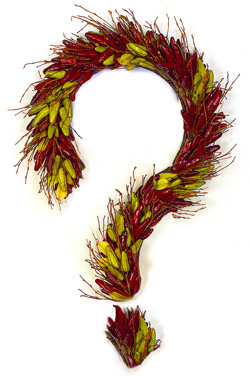 Every one of us is subject to confirmation bias. That is, we pay more attention to evidence that confirms past beliefs than to evidence that these beliefs are untrue. Our neural processes just work this way, even in scientific logic, where it is said that extraordinary claims require extraordinary evidence. While confirmation bias keeps us from falling for half-baked claims, it is also a strong headwind bucking new learning.

For example, psychological researchers just finished an experiment with physicians. Confronted with clear evidence that a treatment was not working, with few exceptions, more experienced physicians were less likely to switch to an alternate treatment than less experienced ones. Experience builds confirmation bias, reasoning that what’s worked before surely will again.

Confirmation bias handicaps preparation for rapid change in a market, or in entire economies. We don’t learn from failure fast enough, and may not even recognize failure.

So how can we combat this instinct? All components of a Vigorous Learning Organization tend to offset confirmation bias. One sub-component of vigorous learning is learning to lead by asking questions, telling people very little. Questions shift responsibility for thinking and learning to those questioned. This approach has a variety of names. One is strategic questioning.

The art of asking questions, like golf, looks easier than it is. All of us can begin to shift from telling to questioning. However, learning to ask the right questions at the right times takes practice, never more evident than when the art advances to drawing out people in opposing camps – emotionally divided perhaps because confirmation biases locked in conflicting prior beliefs. Questioning nudges them to consider previously unseen evidence or angles to a situation. And “them” in this case could be any of us.

Studies of confirmation bias suggest that faster learners are open to more evidence and more options. They create bigger learning palettes from which to make decisions, and are less afraid of mulling around “wacko” ideas and jumping old tracks of thought.

In an organization, fast, vigorous learning is for everyone, not just a chosen few. While everyone can’t be in on setting strategic direction, when most people are multi-skilled and even cleaning personnel better understand why they are doing their work, they will knife through big changes much faster, mastering the details of execution much quicker.