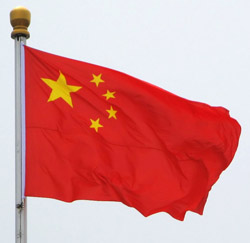 China’s mass of contradictions may even be enigmatic to Chinese leaders. Chinese government secrecy inhibits fact checking. It is riding a growth tiger and must eventually dismount, but like all of us, appears fearful of being chewed up when it gets off.

Export earnings finance most of China’s 9% compound annual economic growth rate. Foreign direct investment in China is less than half that of the United States, and Chinese are investing mightily abroad. Some appear ready to buy Saab, for example. At home, Chinese subsidize new technology, manufacturing, and construction at a breathless pace. However, for a variety of reasons observers fear that this Cinderella coach will turn into a pumpkin within a few years.

At least five large, newly built Chinese cities are inhabited mostly by their construction crews. Of these, only Ordos City has gotten much Western attention. Buying a residence requires 50% down, so banks issue few bad mortgages – but few good ones too. Rumor is that well-heeled investors hold a big chunk of 64 million empty apartments on speculation. Likewise China’s new high-speed rail system is lightly used for the same reason. Too few middle class Chinese can afford it.

Western banks have gotten a toehold on this boom, although China minimizes Western bank investment. However, it’s enough that financial analysts fear that in addition to global economic drag if the Chinese bubble pops, Western bank exposure would create a big system problem like 2008. Unfortunately, the enigmatic fog over Chinese doings makes it hard for anyone to project risks – including the Chinese.

So why do Chinese governments, central and provincial, keep fueling this growth? To impress the world? Artificially boost GNP growth? Maintain jobs? Give people a visible hope for a better future? Policy analysts figure that to keep going, China must hike middle class incomes soon in order for them to fill this overbuilt capacity.

China is also an environmental enigma. It leads the world in generating energy by both alternative means and conventional ones. The biggest non-fossil source of energy is hydro power from big dams. China has far more big dams than any other country. Hydro generating capacity increased 90% between 2004 and 2009. It is planned to increase by another 70% percent by 2014; plus 46,000 dams need to be rebuilt or replaced. In addition to wild entrepreneurial growth, China still builds infrastructure on 5-year plans that are hard to throttle back.

China and India have both opted out of the World Commission on Dams, which looks at dams as global projects with consequences to a multitude of stakeholders. Critics see China’s water programs leading to more unintended consequences like the Aral Sea. These problems are so severe that the 7th update of The World’s Water, considered the bible on world water issues, devotes a whole chapter to China.

Engineers marvel and environmentalists gasp at two huge Chinese water projects: The Three Gorges Dam, and the South-to-North waterway, which is comparable to diverting the Mississippi to the U.S. East Coast. Those projects plus all the rest have displaced millions of people. Many now lead a marginal urban existence. Chinese secrecy does not prevent news of social unrest, some of it violent, from leaking out.

The Communist Party’s boom can’t long continue. First, they can’t obtain enough materials and energy to maintain this pace. Second, pacifying people displaced but left out of the new economy keeps getting harder. Third, the financial bubble can’t keep floating forever. Compression will catch up to China, just as it will to everyone else on the planet.